Singapore: "Our demand is more than we can supply"

"We're expanding as the demand is growing, that's why we're taking a 3000m2 site in next month. We will be starting construction in January next year, and the farm will be ready for production by Q3 2023. Our new farm will be way more efficient in electricity and resource usage through economies of scale and more productive equipment," says Ray Poh, Founder and Managing Director of Artisan Green, a vertical farm based in Singapore.

The ultimate aim for the new farm is to be 100% autonomous. Artisan Green is developing its farm operating system, which encompasses an AI layer with the goal of creating a fully automated farm where minimal human interaction is needed. 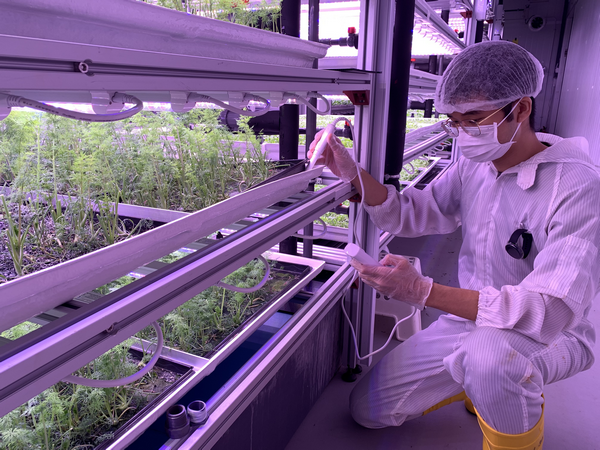 Specialized in baby spinach
The current farm has about 300m2 cultivation area, which is all entirely used for growing greens. As we're scaling up so significantly, we can use more equipment efficiency, such as RSRS (Automated Storage and Retrieval Systems, smart warehousing solutions, and air handling units to cool down the space.

In terms of cooling, we're saving significantly there as we are using our own customized LED lights. As we dictate the chip's quality and design, as well as the spectrum, we allow obtaining a higher efficiency, saving about 30% in energy. 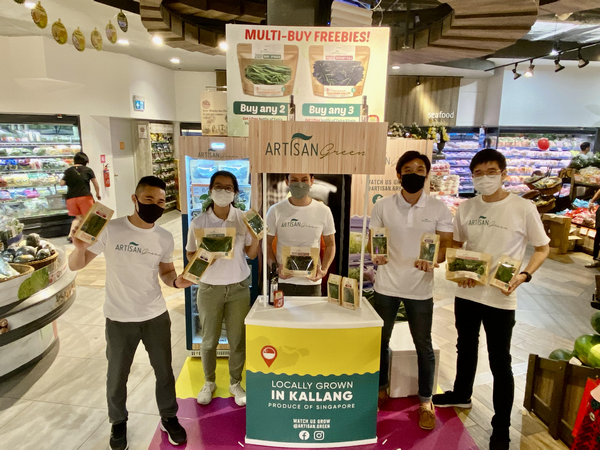 Having worked in the casino gaming industry for six years, Ray decided he wanted to go back to Singapore and focus on green industries and sustainability. And so he stumbled into vertical farming. Soon, a prototype farm was set up to start growing baby spinach. Back in 2018, Artisan was the only one growing this crop and, ever since, has been specializing in the growth and finetuning of the system for this crop.

Artisan supplies major supermarket chains such as Fair Price Finest, Little Farms, and Ryan's Grocery and e-commerce platforms such as Walmart and Amazon. Currently, brick-and-mortar supermarkets and online e-commerce platforms are targeted as the farm is producing 1 ton of vegetables a month. That's not only limited to baby spinach anymore, but the product range has been expanded into eight different types of herbs (Basil, chives, coriander, dill, mint, rosemary, thyme, parsley), baby kale, and salad mixes. 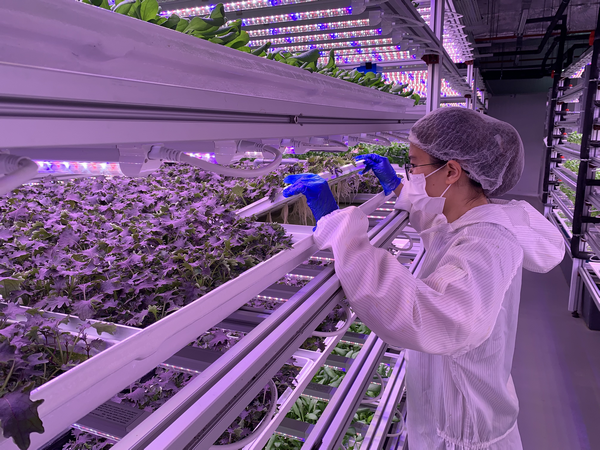 Herbs are the cash crops
According to Ray, there's an increase in herb prices due to supply issues. Normally, these are imported from countries such as Kenya and Morocco. Quality-wise, the products will perish within 4-5 days. This gives supermarkets a huge motivation to work with local vertical farms. Although prices are higher, the shelf-life and quality are way more durable.

"With the new farm, we'll be able to bring down prices as we're using highly efficient technologies and automation to help in our growing operations. The new farm will produce 25 tonnes a month instead of the 1 tonne we're producing now." 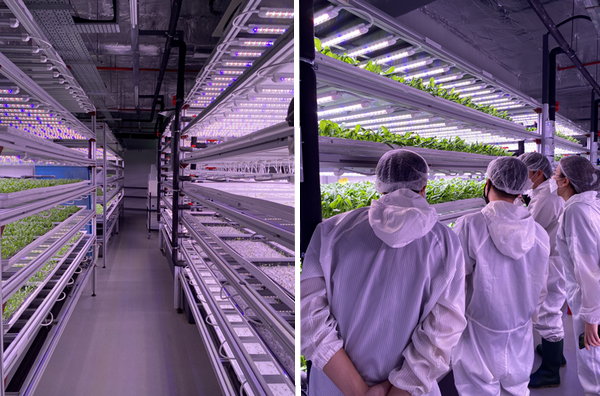 At this point, the company is limiting its product range as they are facing higher demand than its maximum production capability. Baby spinach is currently their flagship product, and they will eventually increase their product line to over 30 different crops. "It is a good problem that we are facing, and we've been lucky that we had very supportive customers, and they allowed us to onboard one product initially, and since then, we've been slowly expanding our product line."

Ray points out that these days, investors are warmer before investing in indoor farms. "It makes sense as some have not been performing and need to raise round after around, which is of concern to investors. As we are moving towards this new farm with a cultivation area of 5,400m2, we expect to reap the benefits of developing our own software and hardware systems that allow us to hyper-scale farms around the world.