During the so-called Hessische Piltztage a fortnight ago, a group of German and Dutch mushroom growers and suppliers visited the companies VEME Specials in Gemert and Verbruggen Paddestoelen in Uden. One of the two growers recently started working with FloriLed's light bars, while the other is currently in the process of installing them. 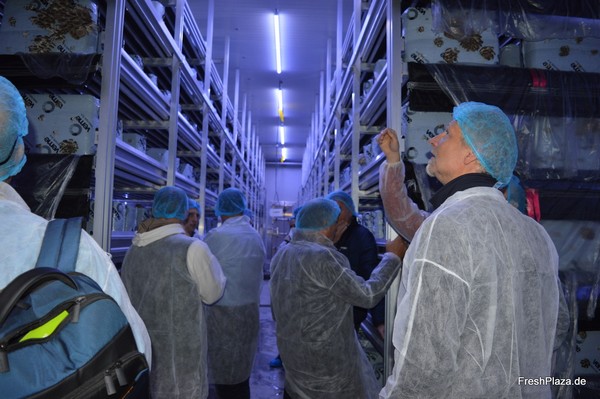 Blue-white
In mushrooms, as in horticulture, lighting is important because fungi like a specific spectrum, so to speak. The question of what the right spectrum is has kept the industry busy for some time, but FloriLed has now developed a module in which oyster mushrooms thrive excellently, and more kilos are harvested. This is a dimmable light bar that allows blue and white light to be dosed. The attached photos show this. 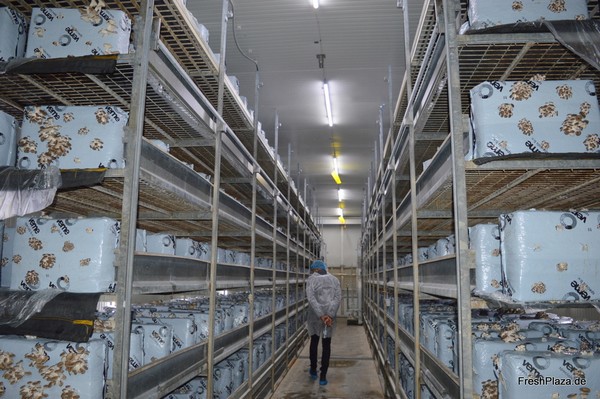 Ultrasonic spraying
A number of units of a new type of ultrasonic misting device have also been installed at Verbruggen Mushrooms. This too, is an innovation by FloriLed. Using this technique, a fine, "real" mist/fog can be introduced with little energy, as opposed to standard high-pressure solutions (which are often produced cheaply but also break down quickly) or with steam (which is expensive because it guzzles energy). The engineering is done by Arnold van Liempt, the man behind FloriLed, and the units can be conveniently mounted anywhere because of their modest size. 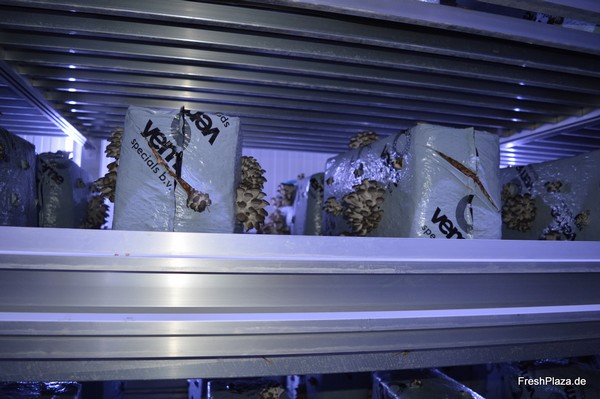 The meeting was organized by the Hessische Landesfachgruppe Pilzbau (HLP), an association of mushroom growers from Hesse, central Germany. We previously published a report (NL) on the day on AGF.nl.