Japan: Spread will focus on the cultivation and sales of strawberries

Spread realized a major funding round in August. The company, which was founded in 2006, is planning on investing raised funds in the development of new products and technologies while also preparing the company for future business expansion, explains Masaru Iwase, Senior Manager at the company.

“Originally, Spread was planning for 2 billion yen (approx. $15 million) in the Series A round since it was roughly the sum we thought we needed for our needs. However, we received much more interest from the investors than we expected, so we decided to double the sum. The investors share Spread’s long-term vision and were impressed by our portfolio and know-how,” Masaru explains. 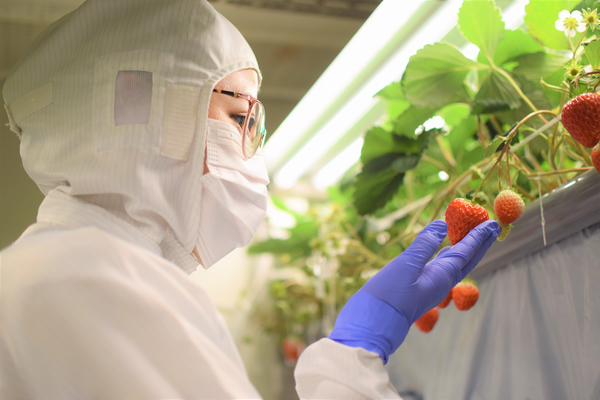 Focus on berries
The company wants to focus especially on the prevention of lettuce turning brown during the cutting and processing stage, improving the shelf life of the product. A second goal is to start a pilot project for large-scale strawberry production.

“We have a team of 30 members who are focusing on developing new technologies in the field of automation and robotics. We also try to make our production more sustainable by using biodegradable materials for cultivation and packaging.

For 2023, the company is working on several things, including overseas expansion at some point. “But for the moment, we are focused on preparations for the projects in Japan, the major ones being Techno Farm Fukuroi and the start of sales for the strawberries.”

Masaru adds that they have been working with many food retailers already, and its produce is already sold in about 5000 stores across the country.