"Pushing the capabilities of vertical farming means growing foods that aren’t so easy to grow. Saffron for example is a corm. Unlike plants that grow from seeds, corms have longer and more complex life cycles. Sativus Tech’s mission wasn’t just to make all foods accessible for consumption, but also for further exploration in other industries – wellness, vitamins, beauty, etc. The options are endless if there’s a supply to meet the demand," shares Tal Wilk-Glazer, CEO of Sativus Tech. 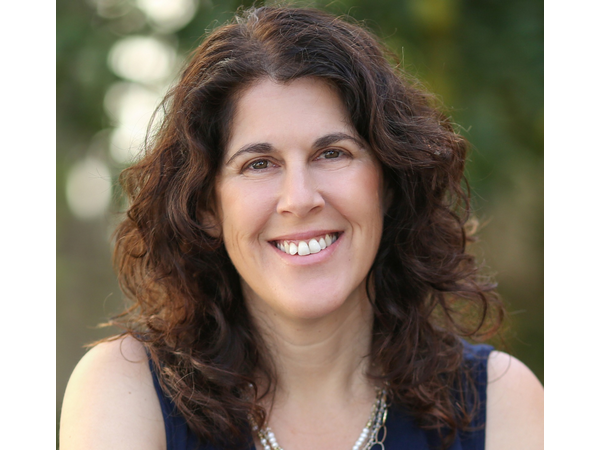 When Sativus Tech began operations in 2019, indoor vertical farms were already supplying supermarkets with their produce which was reliable, local, and pesticide-free. While ubiquitous foods like lettuce and tomatoes may reign supreme when it comes to volume, there is a curated collection of superfoods that have multiple applications beyond the kitchen, like saffron. 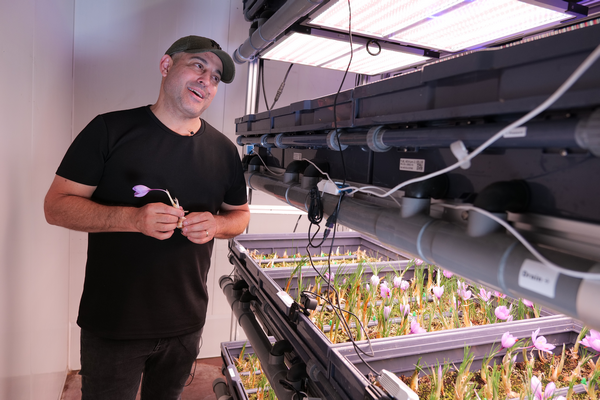 First, a brief history of the spice
In a world where crops are available in abundance even when not in season, saffron spice has remained a rare find in the US and around most parts of the world.  Why has a product in high demand been so hard to find? One of the leading factors is climate. The spice can only grow in particular climates found in a few countries like Iran, Afghanistan, Morocco and Spain.

While most readily available foods have short harvests lasting anywhere from a few days to a few weeks, saffron produces one harvest annually. Then there’s the arduous process of collecting the 3 saffron stigmas from the flower the day it blossoms to ensure optimal quality. Once that’s done there’s a complicated supply chain the saffron must go through before landing in a grocery store. 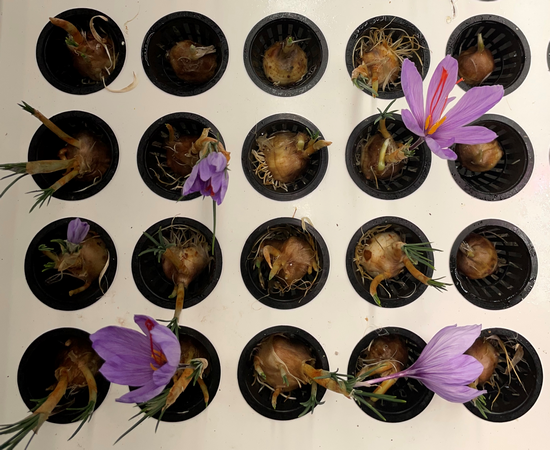 Growing saffron indoors
Imagine locally grown saffron, that’s what Sativus Tech has been working towards and now the agtech is entering its final stages before entering the marketplace. "Making saffron accessible and abundant is no easy task and to understand just how difficult it is, let’s take a glance at the intricacies of growing saffron," says Tal.

Sativus Tech has been able to nourish the plants to ensure that 2-3 optimal daughter corms are produced and able to multiply to increase the quantity of crocus sativus flowers and in turn, saffron.

Another feat that Sativus Tech has been able to accomplish is increasing the annual harvests of saffron. Traditional agriculture has only one harvest annually. Sativus Tech has successfully completed 3 cycles this year alone and is attempting the 4th cycle. 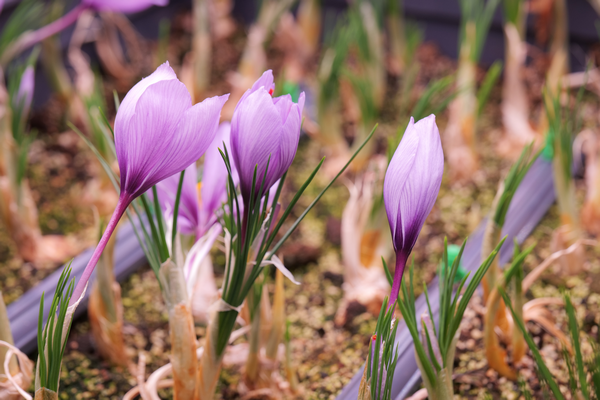 What's new?
Sativus Tech is nearing the completion of its mission. The company is entering the final stages of its R&D and successfully raised a $1.6 million round of funding to be used as it prepares its entry into the marketplace.

Besides, Sativus Tech recently partnered with restaurateur Chef Meir Adoni and business development expert Estee Rosen, to explore saffron in the culinary realm, where it’s enjoyed most of its prominence since antiquity.

Yet its medicinal properties and color have also captured the attention of big pharma and the beauty industry. What could the saffron industry look like with a reliable, consistent and large-scale supply of saffron on the horizon?