"Our nomination to the Fruit Logistica Innovation award is a huge recognition of our system and its potential, but it's also a notable inclusion of vertical farming concepts into the mainstream agricultural landscape. Being nominated among this select group of prominent agriculture actors is a huge motivation for us, and we will make sure to use this opportunity to display the beneficial properties of our system and vertical farming in general to all interested parties," Martin Molenaar, CEO of Avisomo responded to the nomination.

With about 2,500 exhibitors from 90 countries, Fruit Logistica gathers approximately 40,000 attendees in Berlin between February 8th and 10th and is, with that, the world's leading fresh produce trade show. The ceremony will gather large audiences and honor outstanding innovations in the national and international fruit and vegetable supply chain in various award categories. 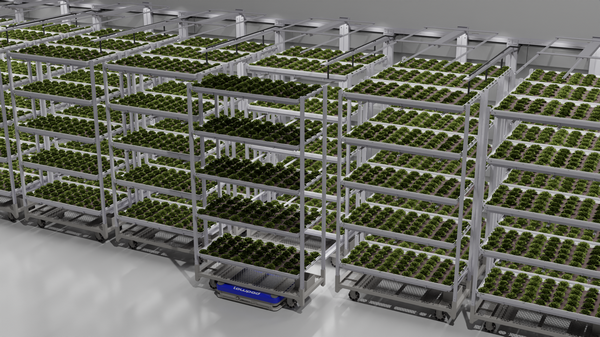 The Avisomo Growth Station, with a produce trolley being autonomously moved by a Lowpad M robot

The company recently introduced its Growth Station to the vertical farming space. Utilizing a 'Goods to worker approach' (trolleys holding produce unattached to technology that is able to be moved around freely) helps save time on transportation, enables centralized processing, and reduces operational costs. On top of that, it enables seamless integration of automation hardware into the factory when scaling.

The systems' produce trolleys are able to be quickly reconfigured, enabling farmers to change the height and type of produce grown in the facility without having to change the system infrastructure. This provides growers with much-needed flexibility as markets fluctuate. 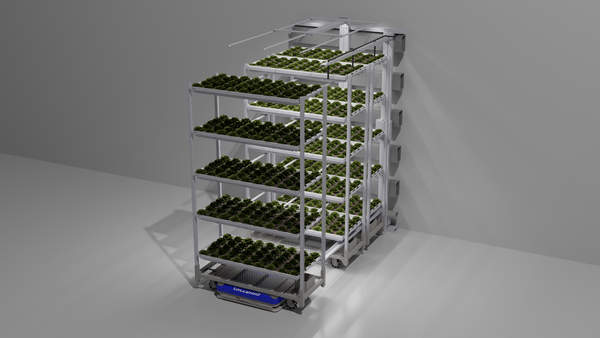 Currently, the Avisomo system is optimized for leafy greens, microgreens, and herbs, but both tomatoes, cucumbers, and strawberries are currently under development. And with Avisomo's crop flexible systems, the new crop types will be possible to implement into already existing systems.