A business founded by researchers at Kennesaw State University to improve the process of growing specialty mushrooms won the People’s Choice Award and finished among four finalists at the Ag Innovation Challenge sponsored by the American Farm Bureau Federation (AFBF). 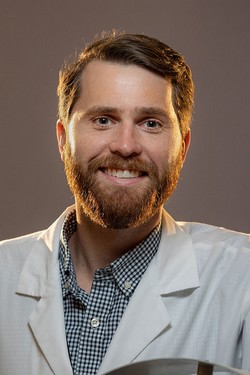 (in the picture: Chris Cornelison)

MycoLogic, co-founded by assistant professor of microbiology Chris Cornelison and postdoctoral researcher Kyle Gabriel, received the most votes from an online poll among ten agriculture-based startups to earn the award. The companies were competing for more than $165,000 in prize money at the AFBF event in San Juan, Puerto Rico.

“To win the People’s Choice Award, to have your people show up—university, sponsors, friends, family—that’s an amazing level of validation,” Cornelison said. “The ecosystem at KSU and in Georgia have propped us up to the point where we have this amazing opportunity to make the case for large-scale mushroom cultivation.”

MycoLogic won $10,000 for advancing to the semifinals of the Ag Innovation Challenge, $5,000 for making the final, and $5,000 for the People’s Choice Award. Through the competition, Cornelison and Gabriel also participated in pitch training and mentorship with scholars from Cornell University’s College of Business, as well as networking with representatives from the U.S. Department of Agriculture’s Rural Business Investment Companies.

The American Farm Bureau Federation has held the Ag Innovation Challenge for nine years, championing entrepreneurs and organizations seeking to address challenges facing farmers, such as access to labor and optimizing yield. From hundreds of entries, AFBF whittled the field to 10 semifinalists, who pitched their visions to a panel of experts on Jan. 6. The competition went to a web vote on Jan. 7 before four finalists made another pitch the next day.

Cornelison said he will put the prize money won at the Ag Innovation Challenge toward marketing efforts for MycoLogic as well as final design elements for MycoLogic’s first product offering. He said MycoLogic has a 22-customer waitlist after delivering the first unit last fall. 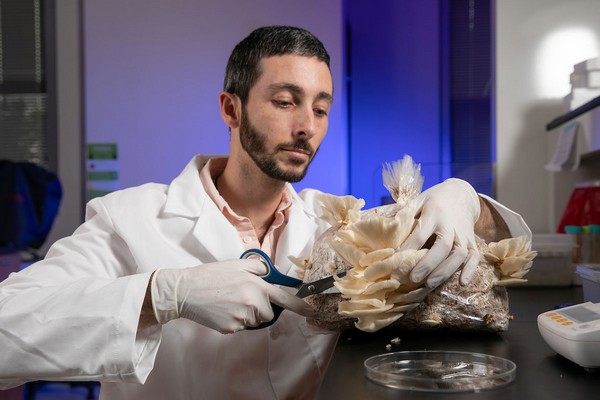 “For Kyle and me, it’s a new world,” he said. “We’re fortunate to have great mentorship and funding from the GRA, GDA, and Centers for Innovation, as well as the support of our University, so we’re ready for the rounds of fundraising and networking that come this year. It’s hard not to have an advantage with all these supports aligned for us.”

Cornelison also thanked MycoLogic staff Will Beeson and Luc Lalire, who joined the company in recent months. Beeson earned his Master of Science in Integrated Biology from KSU in December, and Lalire came on board after earning his Master of Professional Studies degree in Controlled Environment Agriculture from Cornell University last August.