CAN: Digging through the past and planting seeds for the future

Building on more than 110 years of history, the Canadian Food Inspection Agency's (CFIA's) Sidney Laboratory – also known as the Centre for Plant Health – will soon be home to a brand new plant health science facility.

The Centre for Plant Health (CPH) is located on the Saanich peninsula on Vancouver Island, on the traditional territory of the W̱SÁNEĆ peoples. This includes the W̱JOŁEŁP (Tsartlip), the W̱SĹḴEM (Tseycum), the SȾÁUTW̱ (Tsawout), the BOḰEĆEN (Pauquachin) and the MÁLEXEȽ (Malahat) First Nations. These are Coast Salish peoples who have lived on the land now known as the Saanich peninsula, and surrounding areas, for thousands of years.

Before the construction of the new facility began, CPH enlisted the help of knowledgeable community volunteers to start sorting through records and artifacts dating back more than a century. The volunteers' findings are like a time capsule of the last several decades of agricultural and horticultural research in Canada and offer a glimpse into the history of the region. 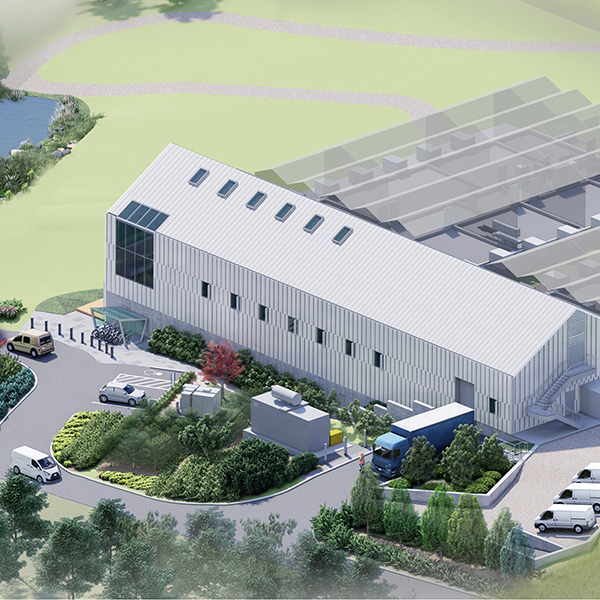 Design concept of the new greenhouse and header house at the Sidney Centre for Plant Health, aerial view from the northwest

A new chapter for the Centre for Plant Health
Upcoming work at the Centre for Plant Health will make it difficult for anyone to refer to the site as the "old experimental farm." A new facility will provide CFIA scientists and collaborators with state-of-the-art amenities and modernized tools to advance plant science while supporting Canadian agriculture, global trade, and economic growth.

Most of the current buildings at the Centre are wood frame converted barns and homes built between 1912 and 1961. Having a new, built-for-purpose greenhouse and adjoining building with prep and lab space will improve efficiency and increase capacity for CFIA scientists. This will allow plant diseases to be detected faster and more accurately, which is key to keeping Canadian agri-business, trade, and the environment safe. The facility will also provide added space for scientific collaboration with experts. This will advance research, priorities, and initiatives in plant health science in Canada and internationally.

A site blessing ceremony held on September 21, 2022, reinforced the CFIA's commitment to honor local First Nations communities. Artists from local First Nations will incorporate Coast Salish stories into the design and artwork of the site and buildings, and plants used in landscaping will be native or locally adapted species that take inspiration from Indigenous stories and traditional uses. Representatives for the W̱SÁNEĆ peoples have also been overseeing the construction excavation work to help protect Indigenous interests and build relationships. Discussions are also underway to better understand how Indigenous science, knowledge, and traditions can contribute to the Centre's ongoing work in plant health science.

The new facility will build upon the Centre for Plant Health's celebrated history and provide modern tools and infrastructure to support new generations of scientists to advance plant health science in Canada. This next chapter will continue to reinforce the Centre's importance to local communities and Canadians across the country.