As we usher in the New Year, a reflection on the dynamic last few months in indoor farming news provides some insight for what to expect in 2023 and beyond. We’ve seen both contractions by organizations like Fifth Season, Kalera and Infarm reevaluating and restructuring under financial pressure, and expansion, with others like GoodLeaf, Crop One and Freight Farms securing additional funding and growing. 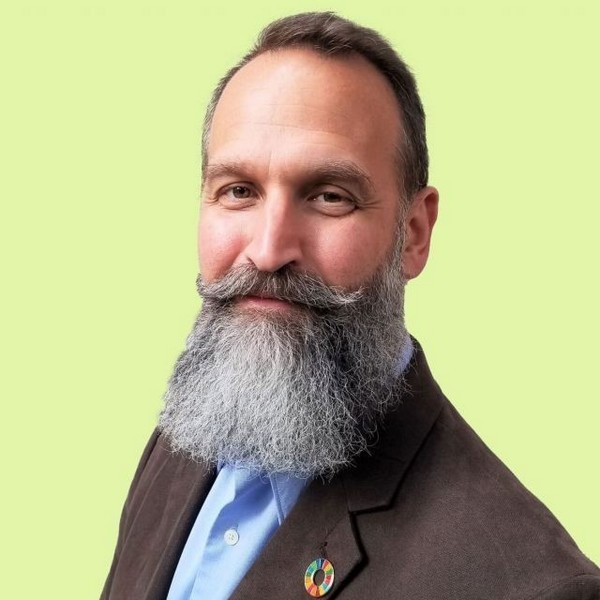 Some observers have suggested we’re in the “Trough of Disillusionment” (the third of five phases in the Gartner Hype Cycle) but we’re right where we should be in the development of a healthy new market. Some first movers are finding success and others are still trying to achieve operational efficiency — and in an industry based on unit economics and efficiency (particularly yield per kilowatt hour), it’s all about efficiency.

Vertical farm operations are equal parts ag and tech, and they require incredibly complex systems, including climate control, lighting, irrigation, automation and, most importantly, systems integration. That last one, systems integration, is the linchpin. It is no small task to bring together disparate technology in a cohesive and coherent way that increases productivity and reduces costs, yet “operational efficiency” is generally not highly valued by venture capital investors. Nonetheless, the most successful vertical farming organizations to date have been those closest to achieving “systemness” — a concept most often applied to the healthcare system but also applicable to modern agriculture (both traditional outdoor and controlled environment indoor). Systemness is the highest achievable state of a complex system, with interconnecting elements working together to operate in ways that go beyond the operation of its component parts. In other words, one plus one equals three.

Bowery, a partner of Unfold, is an instructive example. They’ve developed their own “operating system” that harmonizes data from across their facilities and finely tunes growing conditions based on that data. The BoweryOS, as they call it, brings all their systems together under one umbrella and helps them achieve systemness. Some observers are skeptical of claims made about the development of new operating systems and the use of artificial intelligence (AI), but you can’t argue with success. Bowery has doubled their revenue for the second year in a row and is on track to double their number of farms in 2023. Their success demonstrates a high degree of operational efficiency through a data-driven approach.

But even when optimal efficiency is achieved, most vertically farmed products today still fill a premium niche, which is why strong marketing programs are key to communicating value to both consumers and investors.  Singapore based vertical farming company Sustenir, another Unfold innovation partner, is such an example. Introducing the concept of “Superfoods for Supercities,” Sustenir continues to elevate the discussion around nutrient-dense produce and the role vertical farming can play in the health and wellness of consumers. With additional operations in Malaysia and Hong Kong, Sustenir utilizes social media to connect with consumers and promote their own brands. In addition to fresh leafy greens, they “upcycle” waste streams into other products, like their Spectacular Spinach Noodles. This focus on branding and consumer packaged goods mindset is not unique to Sustenir in the vertical farming space, but they lead the Asian market in their emphasis on nutrition and sustainability.

The exciting thing to watch for over the next few years will be the shift toward parity with outdoor growers — at least in the product categories most conducive to vertical farming. We’re going to see a gradual but significant reduction on the cost side, as operations become more efficient, more data is collected and used, and technology costs decline. The very technology that made vertical farming possible in the first place — climate control systems, irrigation systems, and especially LED lighting systems — has steadily fallen in cost and is continuing a downward trend even in the midst of global inflationary pressures. Do you recall when the traditional A-shape LED bulb was introduced at a cost of around $30? Now they’re $3-4 — a 10-fold drop. Here's how United Nations Environment Programme (UNEP) partner U4E describes the advancement: "Technologies for artificial lighting have made tremendous progress ... from incandescent lamps, with a visible efficacy of about 10 lumen/watt, to compact fluorescent lighting with 50 lumen/watt, to the LED lamps as we know today of 110 lumen/watt to finally, this new LED breakthrough with incredible efficiency levels – 210 lumen/watt".

Even energy — the often-cited Achilles heel of vertical farming — will drop in cost over time as more renewables come online and farms become even more efficient in their energy use. Granted, the average retail price of electricity has risen over the past several years, which is why operators work so hard to secure a stable energy price. In the US, commercial electricity costs have risen roughly 7% from 2014 to 2021 according to Statista and remain on an upward trajectory, while industrial electricity has gone up about 2% over the same time frame. The increase is even higher in other places like Europe and Singapore. We believe co-location of large vertical farms with energy production will drive further efficiencies and cost reductions. This concept, advanced initially by Unfold CEO Sonia Lo, is captured in part in her interview by Greenhouse Grower, titled “Four Concentric Circles of Controlled-Environment Agriculture.” Keep in mind that these things are taking place in the context of an increasingly volatile climate that makes the predictability of indoor farming more and more attractive.

Just as important as reducing costs, we need to continue to boost vertical farming’s productivity.  That’s where Unfold’s work comes in to play. We adamantly believe that productivity starts with better seeds, because even the most efficiently operated and technologically integrated vertical farm can’t afford to produce products from seeds that don’t perform optimally indoors. Our first step has been to screen existing seed libraries to identify the varieties most likely to succeed in indoor environments. With our exclusive license to Bayer genetics in lettuce, spinach, tomatoes, peppers, and cucumbers, we have a world-class library from which to choose. Using this approach, we will launch a few new romaine varieties in 2023 based on seed lines showing promising traits for vertical farming. Initial tests indicate strong harvest yield numbers and highly consistent saleable yield.

Our second step is to use all the tools of modern breeding to develop novel varieties with the most desired traits. Most genetics for leafy greens thus far have been developed for open field environments, with traits that protect plants from diseases and pests, as well as certain environmental stresses. Unfold is focusing on traits critical for indoor production both from an agronomic and produce quality perspective. In addition to utilizing existing Bayer germplasm, Unfold can access the full Bayer pipeline of genetic diversity to develop novel products honed for indoor production. Finally, as we accumulate performance data across our selection and breeding pipelines, we’re building our AI and data analytics platform to produce new high-performing products for indoor farming customers more quickly. 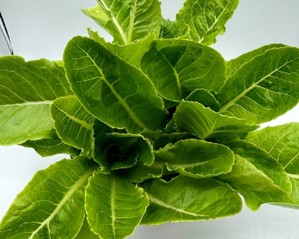 For all of these reasons, Unfold is as confident as ever in the long-term success of vertical farming. As the industry matures, some organizations will succeed and expand while others struggle, contract, restructure or even ultimately fail. Over time, the balance will shift, as companies demonstrating operational excellence will continue to grow and new players learn what works and what doesn’t. That’s the development of a healthy new market. You can see it in the fact that the vertical farming industry is expanding beyond leafy greens into strawberries, tomatoes, and other high value crops.

Vertical farming will always be a supplement and not a replacement for traditional agriculture, but with a global population recently surpassing 8 billion and showing no sign of slowing, it will become an ever more important one — particularly as climate change creates additional pressures on the global food supply. Protected from the ravages of flood, drought, and pests, and closer to the urban centers demanding more fresh, local food, the niche that vertical farming fills right now will only grow. The headwinds currently slowing the industry's growth are not permanent. Energy prices will eventually stabilize as farms secure their own renewable sources while continuing to improve efficiency through peer learning and technological advancement.

So, let's be clear-eyed and not disillusioned moving forward. The vertical farming industry is right where it should be. Let’s continue to work together to address some key market needs and add value to consumers.