Washing more for less for cultivation on water

For years, growers have used washing machines to "simply" rinse floats and get rid of dirt. However, this requires a lot of water. And it is precisely this water consumption that is emphasized by growers who cultivate on water. After all, it is a unique selling point when selling their product, with which they distinguish themselves from, for example, the outdoor cultivation of lettuce. 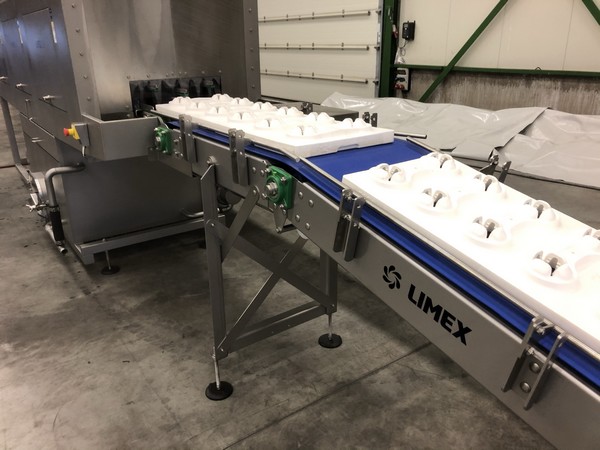 This washing machine can wash various types of floats together

Increasing service time of water
Especially in North America, Joep notices that large washing machines are being requested that also use water sparingly. And those in Europe and Asia will soon follow, he expects. That is why Limex, together with partners, has started to focus on filtration, which is already an important point of attention in the Netherlands, among others, due to legislation and regulations focused on discharging water from greenhouse crops.

With new, better filters, ranging from 600 to 50 microns, large amounts of dirt are removed from the washing water. As a result, the washing water can last longer in a washing machine and water consumption decreases.

The dirt produced by the washing process is dewatered and collected in containers or tipping bins, Joep explains. “Substrate residues and plant residues are subsequently spread on the land in many countries. Adding small amounts of specific chemistry prevents micro-organisms from multiplying in the water. ” 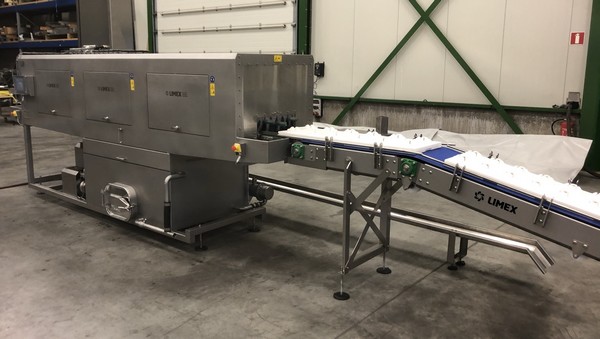 The washing machine above, which can wash various types of floats together, is equipped with a self-cleaning filter.

Lots of dirt
Limex is currently building a very specific machine on its own initiative. The machine is targeted at nurseries where leafy vegetables are grown on water in Dry Hydroponics floats. In these floats there are slots into which seeds are sown in the substrate and from which plants are harvested, i.e. basically mown. Substrate, leaf debris and roots remain after the harvest.

A big challenge for Limex is to rinse well with one washing machine. “You can imagine that it produces a lot of dirt,” says Joep. Especially when it comes to 600 floats per hour. “That is why we ran a test at the grower for four months last year with a washing machine that can wash this large number of floats per hour. We have gained a lot of valuable practical experience there, because processing these amounts of dirt is much more difficult than you might initially think.”

The start was a bit difficult, but in the end it was successful. The new washing machine will finally be put into practice with the grower in the middle of this year. This is important, because Joep sees that such practical examples ultimately help to convince fellow growers that the results of tests can really be put into practice. “That is why the delivery of a washing machine that can wash different types of floats randomly and unsorted is an important step for us. With this machine it is no longer necessary to make manual adjustments to, for example, guides and the spray pattern. The machine does that itself. "

You would say that now only wash the gutters automatically. “That should also be possible in the long term,” Joep expects. "With cleaner gutters, the water at the growers also lasts longer."