“When I approached the vertical farming space after my P.h.D., I was surprised by the fact that while the technology for CEA had reached a good level of maturity, the biological and agronomic aspects of plant growth in this systems have received limited attention,” says Rosario Lacono, Founder and CEO of Kasveista.

Despite the large request from consumers, crops like tomato, pepper, cucumber represent less than 16% of the total production from vertical farming (Source: State of Indoor Farming. Agrilyst: 2017). “The growth habitus of crops we are using today was a trait selected by humans to fit the growth of these plants in monoculture on open land. Traits like resistance to abiotic and biotic stress, plasticity to the environment were deemed important and contributed to shaping the crops as we know them. While many of those traits are not required in a controlled environment, the morphology and physiology we selected hinder the possibility of obtaining profitable yields in vertical farming” Rosario continues. 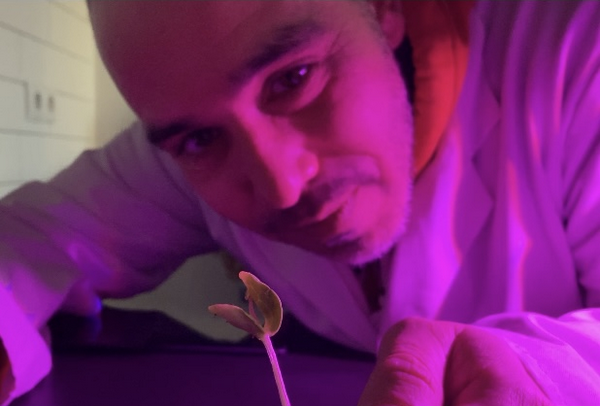 Feedback circle
“What I believe makes this a great and an effective system is that the breeding process becomes a collaborative process based on reciprocal feedback between breeder and farmer," says Rosario. "After giving prototype seeds to the growers, they test them and provide feedback to you about their experiences which in return helps to improve the variety. However, we don’t want to tie the hands of the farmers or restrict them with the seeds they are buying. The value of the Kasveista seeds resides in the work behind the seed, the certification of germinability, and good phytosanitary conditions.”

In conventional agriculture, traditional plant variety protection rights led to the loss of genetic diversity in agriculture, hence destroying farmers' capacities to adapt production to new pressures, such as population growth and climate change. The main cause was the replacement of genetically diverse traditional varieties by genetically uniform modern seeds. To avoid that this genetic erosion could affect the benefits of vertical farming in the long run, Kasveista decided to release its varieties of seeds with an open-source license as devised by Agrecol. The open-source license - which means the farmer has control over the seeds, can store, resow or breed with them - is a concrete alternative to the traditional plant variety protection system for Iacono. In his personal experience working with the open-source model applied to software, he felt amazed by its efficiency and the speed at which occurring problems are addressed. 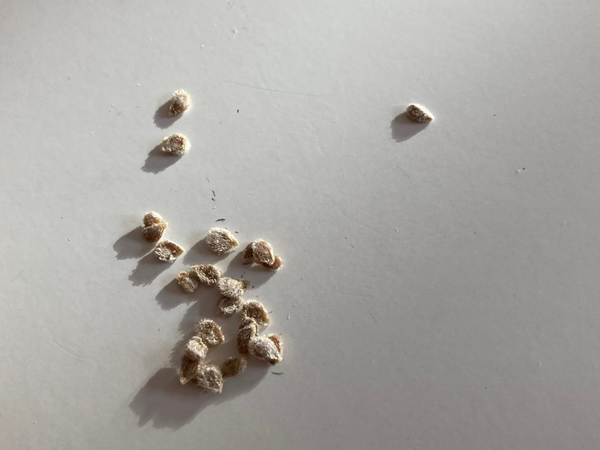 Introducing new varieties
Berlin-based startup Kasveista aims to change that. By selecting varieties of vegetable crops specifically for vertical farming, they want to bring more diversity to the growing shelf. Rosario believes that vertical farming has the potential to produce food more sustainably and increase food security while providing farmers with a good profit if the genetic quality of crops is increased through targeted breeding.

So far, Rosario claims that most vertical farms procure their seeds from seed companies that are specialized in varieties for open-field and greenhouse. He says that using these varieties usually requires an extra step to test and select the varieties that appear to be performing best in their farms and to optimize a growth recipe (light, nutrients, etc...).

"Basing the selection and breeding of their seeds on genetics, Kasveista can work more in-depth and expand the output. The resulting new crop varieties will be specifically adapted to indoor growing systems, and the available seedlings germinated and raised in a controlled environment," Rosario adds.

In this way, Kasveista offers vertical farmers new crops that will grow more efficiently and sustainably in their growing systems. In line with that, Kasveista also approaches crops that have been considered impractical or unprofitable for vertical farming and rethinks their structure. This way, the business aims to increase the diversity of vertical farming produce and making it a real alternative to open-field agriculture.

New funding
Kasveista just successfully wrapped up their crowd-funding campaign on Indiegogo. The funding will be used to build a prototype shelf were varieties of different crops will be phenotyped and tested under different growth conditions along with a system for indoor seeds and seedlings production “The IndieGoGo campaign resulted to be more than crowdfunding," Rosario concludes. "It was an amazing opportunity for us to connect to vertical farmers, universities and NGOs, investors and supporters and we are keen to get to know other enthusiasts in the field. We created a community of people that believe that the future of vertical farming is a narrow path that cannot avoid going through a fairer seed market.”