Expanding throughout France, with another two farms in the pipeline

“In France, associating technology to food production can be challenging since the country has a really strong agricultural culture. We figured that if we manage to succeed in France, then we can do it anywhere,” says Gilles Dreyfus, President & co-founder at Jungle.

Jungle is a vertical farming company that first began in a 15-square meter container installed near a supermarket in Lisbon, Portugal. However, founders Gilles Dreyfus and Nicholas Séguy both dreamed of establishing the company in France due in part to the challenges posed by the French agri-food sector.

In March 2021, Jungle announced that it had raised €42 million to expand across the United Kingdom and Europe, with plans to supply more than 2,000 points of sale by 2024. 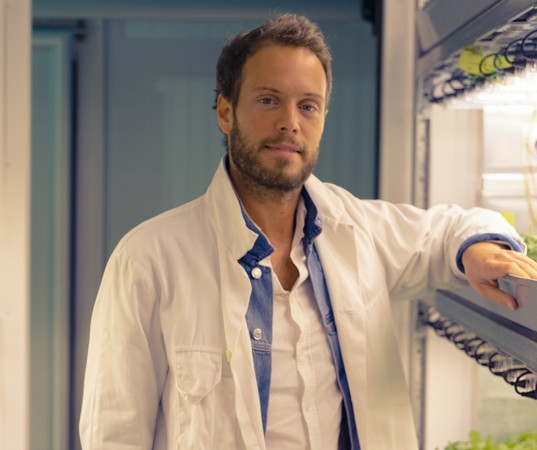 Expanding throughout France
By Q2 of 2022, Jungle plans to have an even larger production facility in southern France, in close proximity to the food distribution and logistics centers. Next to that, the company has another farm in the pipeline at an unknown location. “We’ll be delivering our products to the supermarkets’ logistics centers and they will deliver it to their stores. We won’t be delivering store-to-store, which further reduces our carbon footprint,” says Gilles.

After spending 2.5 years researching the optimal growing recipes, Jungle partnered with a French retailer in Lisbon and built its team in Lisbon over the course of three years. In Portugal, Jungle expanded from being available in one store to ten stores. Despite the obvious market opportunities in Lisbon, Gilles explains that a primary inconvenience of establishing a vertical farm in Lisbon is the distance from consumers, with the country’s 10 million people being dispersed across the country which makes it more difficult to tackle a large consumer base. In contrast, Paris’s metropolitan area has roughly 14 million people.

First Lisbon, then France
Jungle’s productivity in Lisbon paid off, as the company soon attracted the interest of major French retail chain Monoprix in mid-2019. In response, Gilles and Nicholas created Jungle France in August 2019 and began with a small unit as a pilot project in January 2020. After demonstrating impressive KPIs over a few months, Jungle signed an agreement with Monoprix in October 2020 to supply 120 stores.

Jungle France has secured its first farm location in Château-Thierry in September 2019. roughly 80 km from Paris. The Château-Thierry farm has a total footprint of 3,800 m2, of which half is dedicated to growing while the other half is used for germination, equipment washing, packaging, delivery and administration. The floor area for cultivation is thus roughly 1,800 m2 and the room is 10 m tall, bringing the net production area to 5,500 m2, according to Gilles.

Bringing vertical farming to France
As Gilles mentions, establishing a vertical farm in France can be challenging due to the strong agricultural culture in the country, which has somewhat disfavored hydroponics and alternative forms of agriculture. This has not made marketing impossible for Jungle; rather, the company has simply taken different approaches to ensure that their products are understood and accepted. One of the key elements of Jungle’s approach has been to remain humble and not attempt to completely revolutionize the agricultural sector.

“Our branding doesn’t focus on the fact that our products have been grown vertically; we’re not trying to hide anything, but our market research has shown that highlighting technology isn’t always appealing to the customers,” says Gilles.

He compares it to the introduction of organic agriculture in the 1980s, which was poorly received and took several decades to be widely accepted as environmentally superior to conventional agriculture. 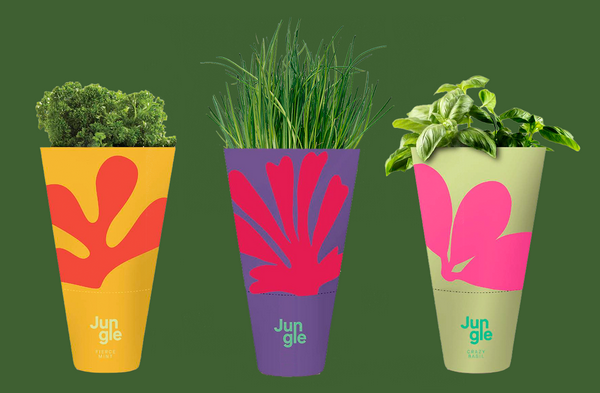 “Nowadays, information travels much faster so the time taken to educate the population about vertical farming is much shorter, maybe 4-5 years. But Jungle’s position is not to educate people; it is to produce healthy plants on an industrial level and at reasonable prices for the masses. So for marketing and branding, we have taken a simple route,” explains Gilles.

In supermarkets, Jungle products are sold in company-provided displays. So far, the reception has been good as people are beginning to understand the benefits of vertical farming with respect to efficient energy and water use, lack of pesticides and overall environmental sustainability. According to Gilles, it also helps that Jungle products are roughly 20% less expensive than their organic counterparts.

More partnerships and avenues ahead in 2021
While Jungle currently produces herbs, salads, microgreens and flowers, the company is planning to expand its portfolio and its consistent research on different vine crops. Jungle is also excited about impending partnerships that will be announced in the coming months, which will allow the company to further expand its client base and possibly access cosmetic industries.