If it's possible to control the climate to 0.1 degrees Celsius in a cleanroom or operations room, you should also do so in a climate room or vertical farm. Weiss Technik, a company with German origins and locations around the world, has mastered the tricks needed for climate control.

No wonder the company also supplies climate techniques for climate rooms and vertical farms. However, the challenge is in guaranteeing a completely even climate and an energy usage that is as efficient as possible, Wesley Witteveen and Kees Winkel from the Dutch location in Tiel notice.

“In a vertical farm, one where growers raise their cultivation higher and higher, starting from a small surface area, it is important that the difference in temperature between cultivation layers is as little as possible”, Wesley, Sales Manager, says. As vertical farms become larger in scale, so does the challenge of providing this. “The goal is always to create the optimal micro-climate around the plant.” 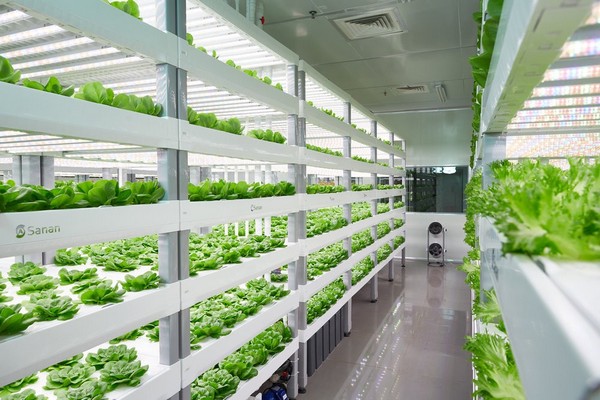 Up-scaling and matching
Weiss Technik has specialized in climate controls in niche markets. Kees, Managing Director: “We often say that things become interesting to us when they are increasingly difficult. That is often the case with specific R&D applications, but also for data centers, for instance. In those cases, a large amount of warm air needs to be cooled away sustainably. The similarities between this and a vertical farm are plentiful.”

A clear, recent example of the matching mentioned comes from a data center and plant cultivation in a German project. Here, the residual heat from a data center was used in algae cultivation, in this case, a greenhouse. Wesely: “I expect that more of these matches will be made in the future.”

This way, it becomes more difficult to become more efficient in terms of energy use when up-scaling of, for instance, multiple layer cultivation. Kees adds. “There is more of an emphasis on this in larger systems than in R&D systems. After all, vertical farming is often used to produce food locally, with little products and minimal transport requirements.” 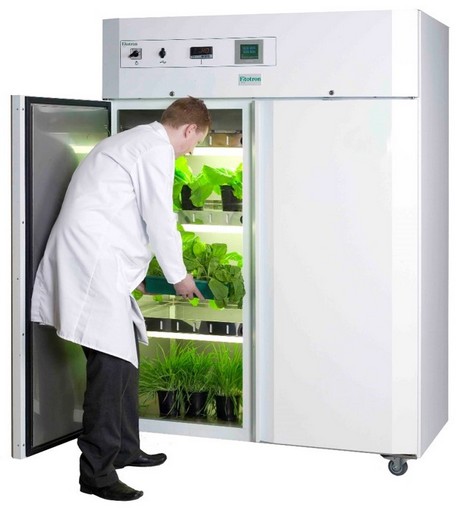 Cooling away the heat
Wesley notes that it is not without reason that many data centers are built in the Northern Hemisphere. “The reasonably temperate climate makes it possible for data centers to use the outside air to cool their systems sustainably.”

The same advantage is in effect for vertical farms in the Northern Hemisphere. However, this does not mean that vertical farms would not function in hot and sunny climates. “It is important for each situation to look at the technical possibilities available. For instance, in the desert, you have little water to work with but a lot of sun. This would be ideal for a vertical farm that uses little water and with which you can use self-sustainably generated energy to support other climate processes.” 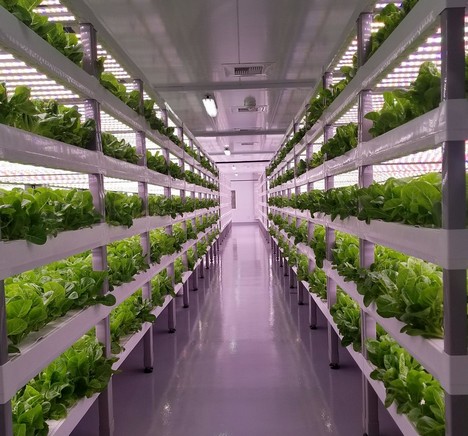 Although Weiss Technik does not directly focus on large-scale cultivation surfaces, it still deals with large-scale systems. For instance, growers can choose to build in parts. That way, climate control is easier to realize, and the risks have been spread.

Close to the consumer
As mentioned, Weiss doesn’t mainly focus on climate techniques used in large-scale product cultivation. You will hardly find their techniques in greenhouse horticulture. But even outside that sector, it is not easy to find the name Weiss Technik. This is because the company is working together with groups that develop the cultivation systems. Weiss Technik is part of the turnkey supply in this process. Kees: “That way, we contribute our part, for instance, to the trend where consumers pick their own herbs live in the supermarkets. With our techniques, it is possible to cultivate even closer to the consumer.”