Is 5G the missing link to autonomous greenhouses?

The four speakers in a Tomatoworld webinar last week did not have an unequivocal answer to the question of whether 5G is the missing link on the road to autonomous greenhouses in horticulture. However, horticulture is keen to test what is possible with 5G. And not with what telecom providers are currently marketing, but with real 5G, i.e. an improvement of 100 times over what is currently available.

From the showcase greenhouse for data-driven cultivation at Tomatoworld in Honselersdijk, head grower Ab van Marrewijk of Tomatoworld, Peter Hendriks of Hoogendoorn Growth Management, Colinda de Beer of InnovationQuarter and Lenneke de Voogd of TU Delft discussed the current state of affairs. They said that the horticultural sector is looking forward to the higher speed, capacity, reliability, bandwidths and shorter response times that will become possible with 5G. 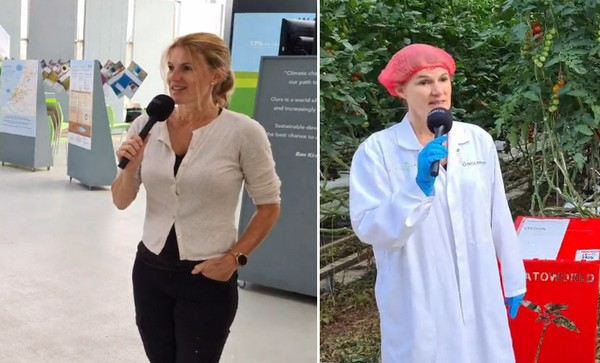 Until this morning, Lenneke de Voogd was unfamiliar with greenhouse horticulture, but she hopes to explore the possibilities of 5G for the sector with horticulturalists in the coming years.

26GHz
Lenneke de Voogd, Programme Manager of TU Delft's Do IoT Fieldlab, explained that within the fieldlab, a 5G network has already been developed at two locations (not in horticulture). There is also a mobile set-up for testing.

This could also be done in the greenhouse. Lenneke particularly invited parties to contact her, so that when 5G becomes commercially available in two to four years' time in very high frequencies of up to 26 GHz (by way of comparison, 700 MHz is now available for purchase on mobile phones), the current horticultural innovation techniques will be ready to take part. 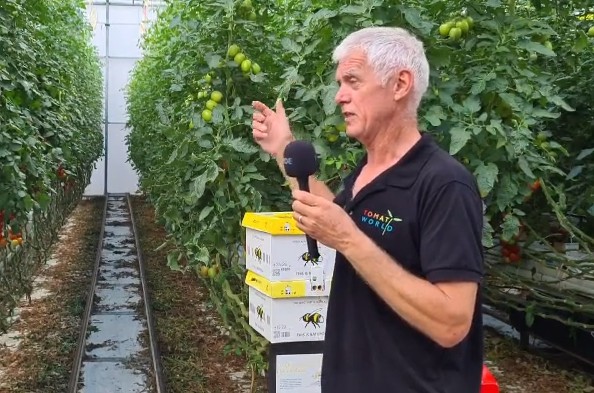 Ab, who already has 46 years of horticultural experience, is eagerly looking forward to greenhouses in which robots do the work. He expects that in 4-5 years' time, robots will be able to go round the glasshouses picking tomatoes. 5G may also play a role in this. After all, robots will have to communicate with their environment in real time.

Sensors
What is certain for Ab, Peter and Colinda is that by that time there will be many more sensors in greenhouses and that there will therefore be much more data available. Ab told us that he expects that the techniques and systems at Tomatoworld will soon enable him to work not with snapshots but with a continuous image of the crop supported by data. This will make it easier for growers to know how the plant is feeling and to respond to that. 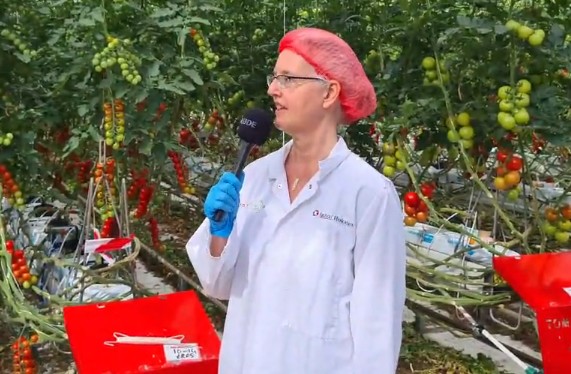 Colinda de Beer hopes to make crossovers with parties outside horticulture, because there is also a lot of knowledge available that can help horticulture. It is important that all parties speak the same language when it comes to digitalisation.

Combining data
Peter explained that the crux of the matter lies in being able to combine data. At Tomatoworld, the necessary systems are already in place that produce a lot of data. Colinda pointed out cameras that take images of the crop 24/7, which show that the leaf position changes during the day (harder to see with the naked eye) and that fruits also shrink and expand during the day. 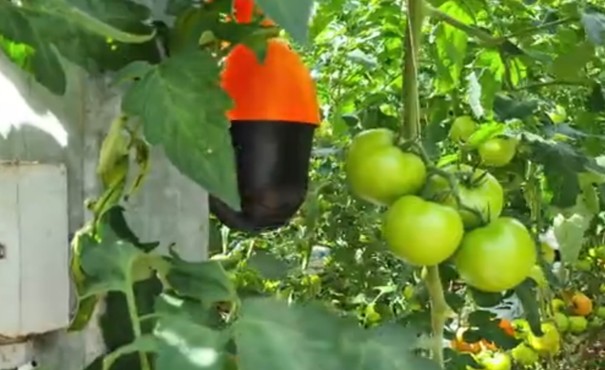 GearSense from Gearbox is hanging in Tomatoworld to take images of the crop.

Also on display was a system in which electrical signals from the stems of a tomato plant are picked up to learn from plant stress, for example. 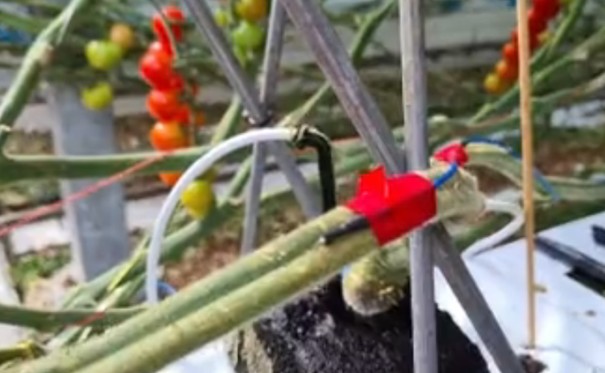 Signal
Many sensors in the greenhouse are still wired, although wireless applications are already available. Peter told us about systems in ornamental plant cultivation that already work automatically on the basis of WiFi. However, the problem with high-wire crops, especially those grown under glass, is that WiFi has a hard time of it, while GPS, another communication technology, does not always work optimally under the greenhouse roof or when the screens are closed. 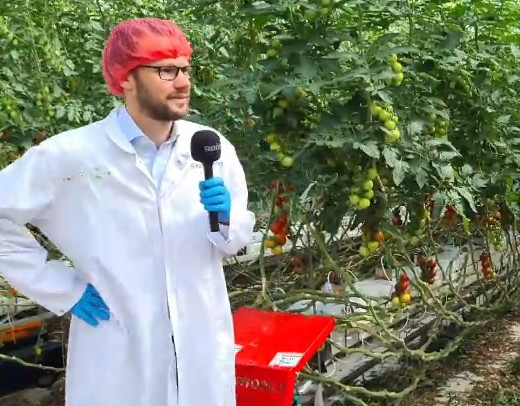 Issues
Reason enough for Peter and the other speakers to look forward with great curiosity to what is possible with 5G. There are still many issues to be examined. If enough horticultural players come forward, for example to Lenneke, then tests can be started soon and it will soon become clear whether 5G is that missing link on the way to 'the dream image' of the autonomous greenhouse, to quote presenter Jos Maccabiani.

Since the official opening at the end of April, the developments in Tomatoworld can be followed closely, either physically or from a distance. Appointments can be made with Tomatoworld and there is also a lot to see digitally on Dutch Horti Platform. This platform is being developed to share knowledge and information from and around the showcase greenhouse. The recording of the above event is also expected to be available on the platform.