Transition from hydroponics to gelponics

YesHealth Group has been gradually transitioning away from hydroponics, and towards Gelponics. The purpose of this transition is to decarbonize vertical farming - by eliminating the substrate material (sponge or similar) used in hydroponics and replacing it with a hydrogel substrate. This leads to massive reductions in waste.

Yield increase
"We got the idea for YesBase and Gelponics back in 2018. At that time, we were using sponge as a substrate material in our hydroponics system. Originally, I thought sponge was better than soil, but as our yields increased, so did the amount of waste, and I began to worry about the environmental impact," Winston Tsai, founder and CEO of YesHealth Group notes. 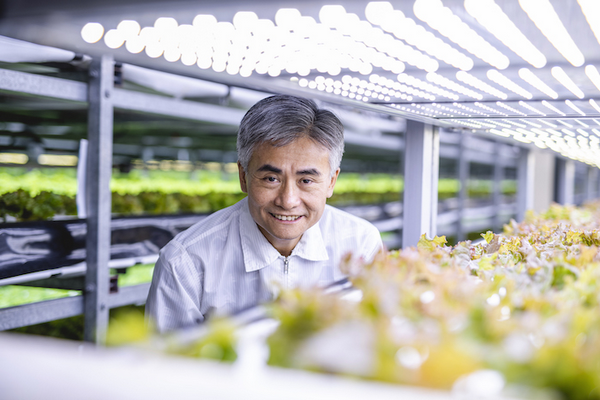 First, an in-house R&D team was formed to research alternative substrate materials, which led to the development of YesBase, a unique, plant-based hydrogel. They added microbial bacteria to help with germination and healthy seedling growth. Finally, last year (in 2020) the company figured out how to produce it on a commercial scale.

The commercialization part was challenging. After we perfected the YesBase formula, it took us another year to perfect the automation. Temperature and humidity have to be controlled because it affects the state of the hydrogel, and you also have to think about cost.

If you compare the material cost, YesBase is less than one-fifth the price of sponge. However, it requires automation, so you have to consider the initial investment. In the long term, using YesBase and Gelponics is more cost-effective and more sustainable than using sponge and hydroponics. 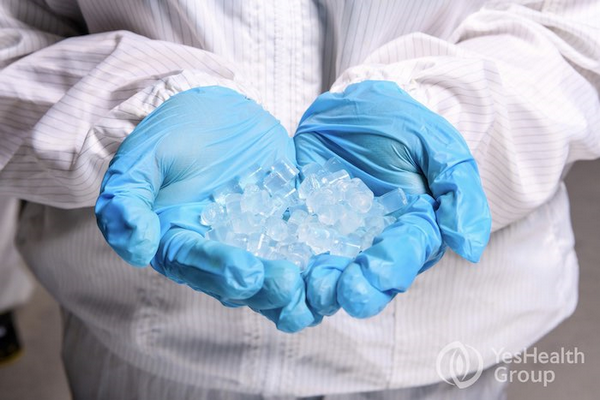 Winston added, "Today, we're mostly growing leafy vegetables in 8x10mm units of YesBase hydrogel, but we take a different approach depending on the crop. In the future, we're planning to use sheets of YesBase for growing larger crops. We could plant hundreds of seeds in each sheet."

He explained that they will have to adapt its hydrogel formula to suit these larger crops. Once the company 'perfected' the slow release of water from the hydrogel, and the bio-fertilizers are fully integrated within the formula, it's possible that hydrogel might completely replace the hydroponic water solution in YesHealth's gelponic system.

"In theory, one day we might be able to grow trees in YesBase hydrogel." 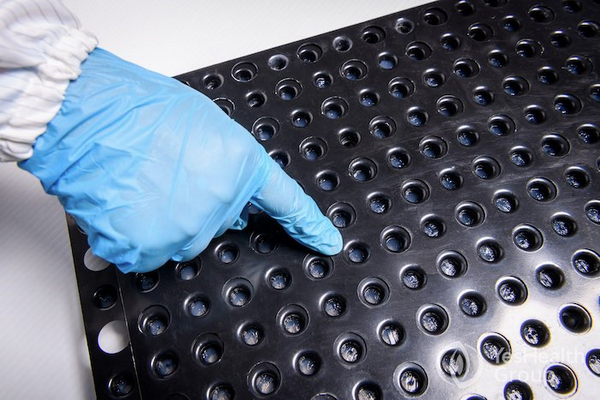 Less waste
To put it in perspective, Winston explains that their commercial vertical farm in Taiwan contains 45,000 plants growing at one time. And before developing the YesBase hydrogel, each plant would be suspended in a 2.5cm³ substrate made from sponge. That amount of waste sponge is unsustainable.

As the in-house R&D team was researching alternative materials, YesHealth visited an agtech company in the Netherlands. They were using 5cm³ units of soil and that's not the best substrate for hydroponics due to its crumbly consistency, which can contaminate the hydroponic solution. From then on, Winston knew they needed to do something completely different. 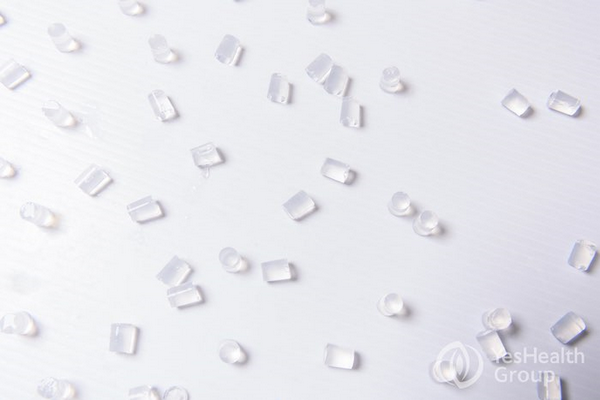 Sustainability aspect
"That's why we developed the YesBase hydrogel and Gelponics. It's beneficial to the planet because it's zero waste, effectively decarbonizing vertical farming. It's also beneficial for the plant because it allows us to deliver microbial nutrients directly to the seed during the germination phase, which helps it grow into a healthy seedling," he affirms.

Finally, he notes that gelponic produce is beneficial for consumers because it's conveniently delivered to them whole with the roots on, looking and tasting great. It does not require washing and they can be confident in its sustainability.