"Cleaner, fresher, and healthier"; words that encapsulate Artisan Green, a homegrown indoor modern farm in Kallang that harvests the clean, fresh, as well as baby spinach in the market. Artisan Green is proud to launch its very first range of fresh herbs. 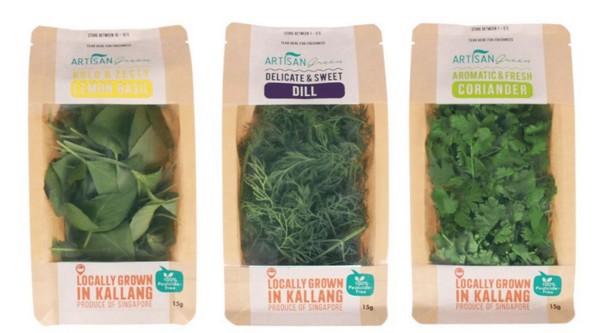 Founded by Ray Poh in 2018, Artisan Green is known for modern farming using hydroponics; a technology that allows plants to be grown indoors in controlled conditions without soil, and requiring up to 90% less water than traditional soil-based farms. A ‘green’ first-timer to the agriculture industry at that time, Ray – a former casino gaming company Director in Macau turned urban farmer – made it his mission to sustainably grow ultra-fresh, pesticide-free greens that are easily accessible to the local community. 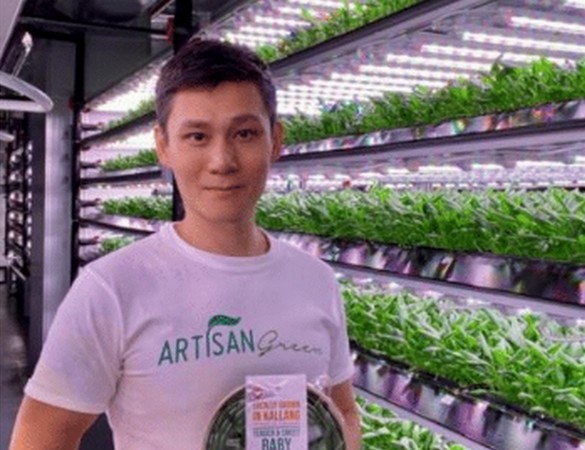 “Artisan Green was a passion project of mine for about a year before turning into the full-scale farm we have today. It all started when I came across the hydroponics method of indoor farming. This substantially decreased the size of farming land needed, while promoting sustainability and supplying cleaner produce grown with less water and without pesticides. That was enough impetus for me to go wholeheartedly into this business and ‘grow’ it further,” elaborated Ray Poh.

Aside from its staple production of high-quality baby spinach, Artisan Greens latest harvest features these fresh herbs:
• Lemon Basil – a cultivar of sweet basil that boasts a distinct lemon aroma.
• Dill – Used by chefs for centuries as a versatile aromatic that enhances the flavor, color and texture to dishes.
• Coriander – Coriander is also known as cilantro or Chinese parsley.

Resident farmers checking on the health of Artisan Green crops

With 20 growing racks and six layers of crops each, Artisan Green can produce more than 100kg of baby spinach per week – using up to 90% less water and pesticides than traditional soil farms, thus not impacting critical fauna with pesticides and decreasing food miles by growing locally.

Although Artisan Green was founded a year before the Singapore Food Agency announced its ’30 by 30’ goal to produce 30% of Singapore’s nutritional needs locally by 2030, Ray hopes that his farm in Kallang will help in Singapore’s mission for sustainable locally grown produce. By end 2022, Artisan Green is looking to scale up its total production of greens to about 250kg to 300kg per week. In the long term, Ray is also looking to build a second farm that is not only 60 times bigger in size but is also fully automated and will incorporate the newest in crop monitoring and growing technology. This will enable Artisan Green to grow a wider variety of vegetables and at higher production volumes; in a step closer to the ’30 by 30’ vision.