Recently, scientists of the Chinese Academy of Agricultural Sciences cooperated with the Qianqian team of the China National Rice Research Institute to successfully achieve an important breakthrough in rice planting: the growth cycle of the crop was shortened by half. 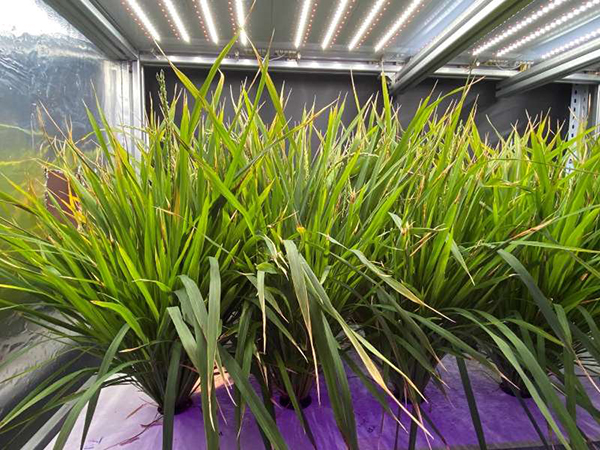 According to the team’s chief scientist and researcher Yang Qichang, the rice tested in this experiment is a dwarf variety provided by the Qianqian team. It has a short plant type and high space utilization, which is suitable for multi-layer three-dimensional cultivation in a plant factory environment.

The experiment was carried out in a fully artificial light plant factory with four-layer cultivation racks. An LED light source with a customized spectrum was used to provide the best light environment for the different growth periods of rice. The plants were planted in a nutrient solution cultivation gutter with an accurate supply of nutrients according to the nutritional needs of different periods.

Among the 6 dwarf cultivars tested, 2 cultivars showed higher yield potential, with earing 45 days after planting, and harvest 63 days after planting. The number of tillers per plant reached 89. The yield of the single-layer cultivating rack was 0.98 kg per square meter which is equivalent to more than 9750 kg per hectare.

Increasing crop production
Qian Qian, the academician of the Chinese Academy of Sciences and director of the Institute of Crop Science of the Chinese Academy of Agricultural Sciences, said that an efficient breeding industry is a key to ensuring national food security. Using traditional breeding methods, usually, only 1 to 2 generations can be produced in a year, even in a greenhouse environment or in tropical regions, only 2 to 3 generations can be produced a year.

"For most crops, it takes several generations to breed in order to breed new and excellent germplasm, usually several years or even decades. Plant factory technology breaks this space-time bottleneck." Qian Qian said.

According to Yang Qichang, in the future, scientists might achieve "rapid breeding" of more than 6 crops per year, and the number of cultivation layers can reach more than 10 layers. This technological breakthrough provides new ideas for the addition of breeding and high-efficiency cultivation of rice and other crops. In the next step, the research team will focus on the controllable environment of the plant factory and the characteristics of multi-layer three-dimensional cultivation, and select rice varieties suitable for planting in the plant factory to increase the yield level.

"This research has just started. We look forward to the realization of precise nutrient supply and light and temperature regulation of rice in the future so that sterile space and three-dimensional cultivation can be realized, and farmers only go to the factory for operation." Qian Qian said that this research not only changed the traditional breeding and cultivation methods but also laid the foundation for future massive cultivation.