The 5 main differences between air- and water-cooled LEDs

To ensure optimal operation, LED lights must be kept cool because overheating can have a significant impact on their power and operation and increases the risk of early defects.

There are several ways to remove heat from LEDs. Oreon cools its LED fixtures with water, for example. However, most suppliers of LEDs for greenhouse horticulture cool their lights with air. So we decided to compare these two polar opposites. What exactly does a water-cooled LED fixture do? And how does an air-cooled LED fixture work? What are the main differences between the two? 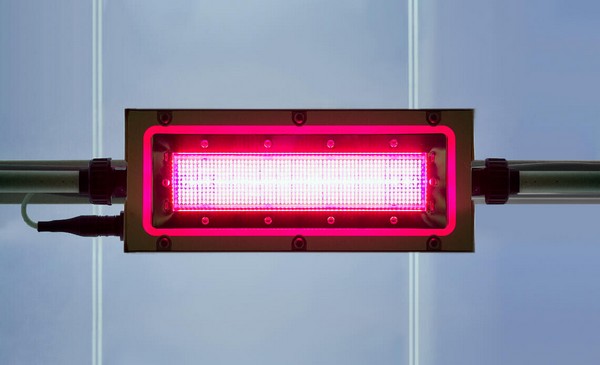 Water-cooled LEDs
There are only a few suppliers of water-cooled LEDs worldwide, one of which is Oreon. The technology behind this water cooling system is ingenious and is under constant development, but once installed, it operates fully automatically. Oreon's LED fixtures are interconnected with tubes through which cold water flows. The water drawn from a reservoir passes along all the LED fixtures, after which it is collected again. The electronics and the water never come into direct contact with each other, so there is no risk of short-circuiting. The great advantage is that the heat is removed straight away, guaranteeing a stable temperature: the grower remains firmly in control. Many growers choose to re-use this recovered heat – a sustainable choice, as the heat is already there.

Air-cooled LEDs
By far, the majority of LED fixtures are air-cooled. There is a difference between passive and active cooling. Active air cooling usually involves an external fan that keeps the LED fixtures cool.

Passive air cooling works with cooling fins. When a fixture warms up, the warm air around the lamp rises, creating an airflow past these fins, creating a cooling effect. The attractive aspect of this cooling method is that it is very simple to install and involves very few components. The disadvantage is that the warm air removed from the LEDs remains in the greenhouse. At some point, this warm air needs to be removed. When the greenhouse is vented, you also lose valuable CO2. A second disadvantage is that you have no control over the temperature of the LEDs: the warmer it is in the greenhouse, the warmer the LEDs also become.

So what are the five main differences between water-and air-cooled LED fixtures?

2. Size
Oreon's water-cooled LED fixtures are quite a lot smaller than their air-cooled equivalents. This is because air-cooled fixtures need space for the cooling fins. The fewer fins there are, the warmer the LED has to become to release the energy into the air. And that heat is something you want to avoid if at all possible. Oreon fixtures are just one-third the size of air-cooled LED fixtures. What's more, air-cooled fixtures are also substantially heavier. Another point to bear in mind is that the larger the fixture, the more shade it will create in the greenhouse.

3. Heat
In theory, water and electricity are not an obvious combination. But water is a better conductor than air. Oreon's water cooling system is completely separate from the electronics and removes the heat they generate. The heated water flows through the pipes out of the greenhouse.

With air-cooled fixtures, this works slightly differently. The warm air is kept away from the fixture but remains in the greenhouse. Not every crop is affected by this, but this warm air will need to be removed from the greenhouse at some point. The vents then have to be opened, which can lead to a loss of CO2 and rules out screening in the evening.

Another advantage of Oreon's water cooling system is that the warm water can be re-used, for example, for warming up your irrigation water or hydroponic ponds.

The advantages are even more pronounced in indoor and vertical farming. With air-cooled fixtures, ducts are needed that blow cool air over the fixtures. This adds to the challenge of keeping control of the climate: many crops are adversely affected by a constant flow of cold air. Water-cooled LED fixtures make it easier to keep the temperature in the greenhouse under control.

4. Lifespan
To get the most out of your LED lighting, you also need the conditions to be perfect. The cooling system plays a very important part in this. If a plant needs a lot of light, the LED must be capable of achieving maximum output. This won't happen if it overheats. Oreon's LED fixtures have a useful life of L90 B05 at 50,000 hours. This means that at least 95% of the fixtures retain 90% of their light output after 50,000 hours of operation (B05: 5% below, 95% above). Oreon fixtures, therefore, achieve a very long lifespan, whereas the light output of air-cooled fixtures declines much sooner.

5. Price
Oreon's water-cooled LED fixtures are cheaper to buy than their air-cooled equivalents. The water cooling system also entails costs, of course. However, these costs are relatively limited and pay for themselves quite quickly, particularly if the air in the greenhouse would otherwise have to be actively cooled. But installation is not the only factor that needs to be considered. In terms of the difference between water and air cooling, there is also the loss of CO2 and associated compensation costs, the energy costs – the use of air costs more than the use of water, the re-use of the warm water, and the gains you can make by having full control over your crops. Reliability is also an important factor. Does the fixture do what it promises to do?