A panel of experts busted a pantheon of myths surrounding LED lighting in a recent webinar that stressed how “lighting is one of the most important factors for optimizing plant growth in controlled environment agriculture (CEA).” The DesignLights Consortium (DLC) and private consulting experts covered topics ranging from spectrum science to periphery grow factors to LED affordability and more.

Leora Radetsky, DLC’s Senior Lighting Scientist, first dismantles the myth that LEDs cannot compare to HPS lighting. She notes that hundreds of LED fixtures on the DLC list can match or exceed any HPS system, including a 1000W DE HPS fixture. When measuring correctly for PPF (instead of the more archaic and inaccurate Lumens), LEDs prove both more effective and more efficient.

Different light colors
Radetsky argues in favor of white light, explaining in some depth the science and interactions between light quality and canopy density. A striking chart from a 2015 NASA study reveals the efficacy of various color wavelengths in their ability to transmit light to lettuce, cucumber, and soybeans (i.e., penetrate beyond the first plant surface). The results clearly illustrate, as does Radetsky, that “violet and blue light transmit very little to the crop, to the plants underneath; green and amber light transmit a little more; red light is not as good as green and amber, and far-red transmits quite a bit.” Ultimately, white light provides multiple avenues of transmission through the leaves, whereas violet and blue light barely penetrate. 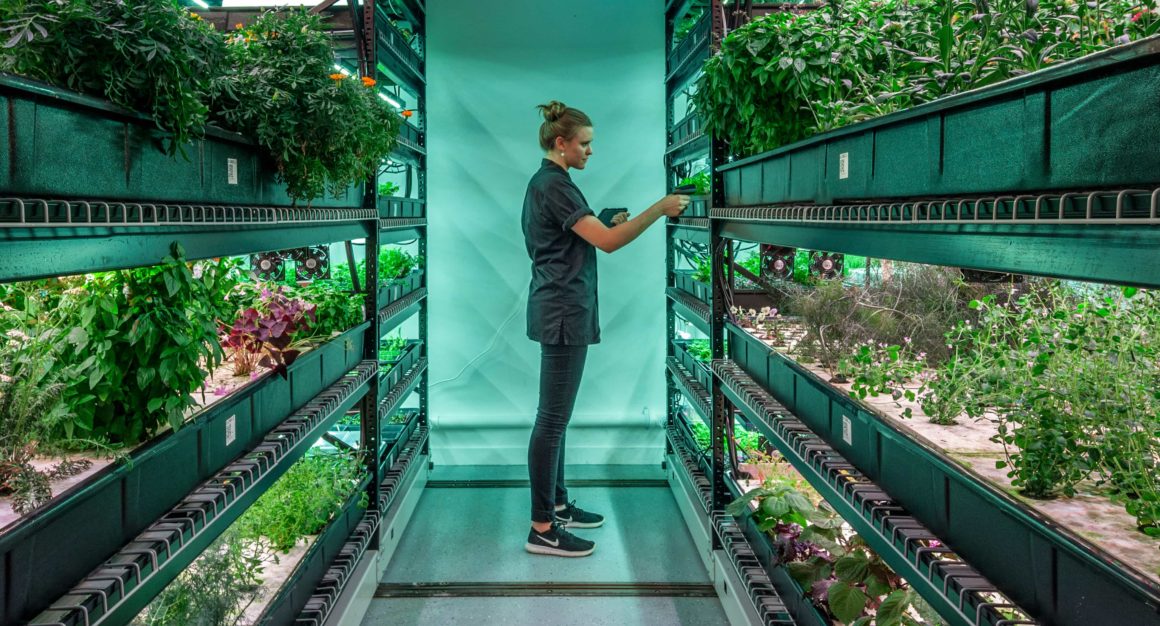 LEDs provide greater flexibility than HPS lighting in many ways but particularly when it comes to transmission. As Radetsky notes, LEDs can be installed close to the canopy–and even in the canopy – to increase PPFD and spectral mix. The lower heat output of LEDs pays dividends in environmental control, cost savings, and crop protection.

Next, Erico Mattos, Executive Director of GLASE, busts the myth that LEDs impact crop quality negatively. He stresses that environmental control is huge and, furthermore, that LEDs are key to optimizing the grow space. The major factors of (1) water and nutrient uptake, (2) temperature control, (3) CO2 control, (4) ventilation and airflow, and (5) dehumidification are all eased and improved by the flexibility and capabilities of LEDs.

Towards the end of the webinar, Lauren Morlino, the Technical Manager at Evergreen Consulting Group, discusses the affordability and reliability of LEDs compared to maintaining legacy systems. She busts the myth that LEDs are more costly and emphasizes that growers should consider the DLC Qualified Products Lists when researching new lighting systems or when working with new manufacturers.

When it comes to affordability, LEDs offer an abundance of cost savings and profit amplifiers, but because of their positive effects on local power grids and worker safety, there is ample access to LED incentives and rebates if growers act now.