Continuing partnership to generate sustainable food supplies in the UK

GE Current, a Daintree company, is continuing its partnership with Jones Food Company (JFC) to drive the future of food and farming. The company’s latest-generation Arize Lynk2 Horticultural LED lighting has been selected for JFC2, JFC’s 148,000 square feet facility currently under construction near Bristol in southwest England. The equivalent growing area of 70 tennis courts, JFC2 builds on the work of the first facility launched in 2018, which employed Current’s Arize horticultural lighting to grow tons of leafy greens and microgreens for local retail. 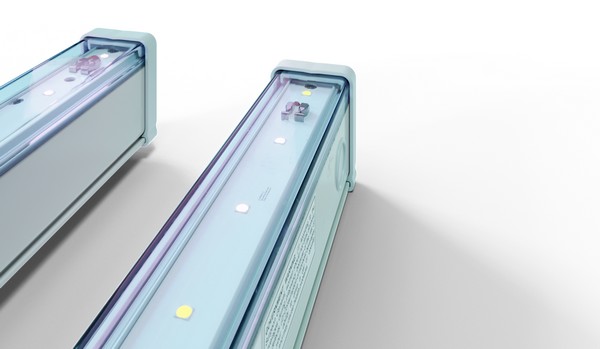 Malcolm Yare, Horticulture Commercial Leader at Current, commented: “JFC’s first facility was ground-breaking in demonstrating how large-scale vertical farming could be commercially viable in the UK. Since then, we’ve seen a huge evolution, both in terms of technology advances but also in retail and consumer appetite for hyper-local, fresh produce. JFC2 promises to make an equally large impact and we’re looking forward to ensuring that the lighting used plays its part in reducing overall energy consumption and environmental impact over the long term.” 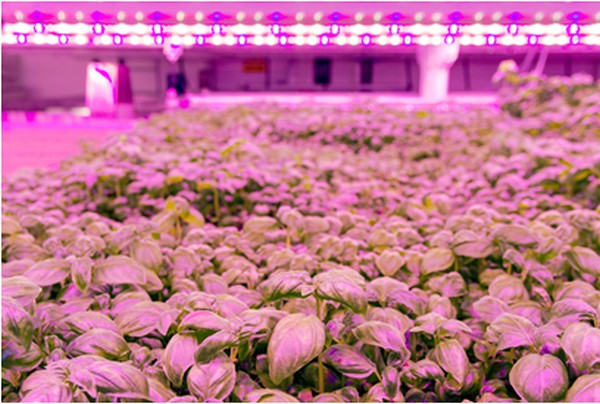 Low-energy, high-performance lighting
Designed for multi-layer, indoor vertical farming of herbs, leafy greens, and microgreens, the Lynk2 will be arranged over up to 17 layers of growing racks to maximize all available space within the facility. The lighting design was created in close collaboration between Current’s lighting design team, plant scientists, and JFC’s operational experts and involved painstaking modeling and multiple simulations to achieve the optimal layout with a minimal number of fixtures.

The Lynk2 is a new evolution of Current’s specialist horticultural LED technology, designed to be long-lasting, up to 54,000 hours to L90, and backed by a five-year warranty. It also features an energy efficiency rating of up to 3.2µmol/J, up to 15% more efficient than the first generation Arize Lynk, 0-10V dimming, and a larger light-emitting surface area than the previous generation, requiring fewer luminaires to cover the same growing area.

The fixtures themselves are also designed to reduce landfill waste, using recyclable materials and minimal silicon to further reduce the Lynk2’s carbon footprint, making it ideally suited to operations where sustainability and productivity are paramount.

James Lloyd-Jones, Founder and CEO of JFC, commented: “Our first vertical farm operation proved that not only can vertical farming be economically viable, it can also be a greener option that will help the UK meet its obligations for food security as well its environmental commitments."