New irrigation unit to be released on GrowTech Antalya

One of the problems generally experienced in irrigation systems in the market is that water and fertilizer cannot be sent to the root zone of the plant at the desired values ​​and thus unbalanced fertilizer distribution is experienced between irrigation periods. The newly developed Pride Irrigation Unit, an innovation of Genfog, is designed to be compatible with different automation systems. "The solutions coming from the tanks in the Pride Irrigation Unit are mixed in the mixing tank," the team shows.

Next week, on the Growtech in Antalya, the company will present its new installation. 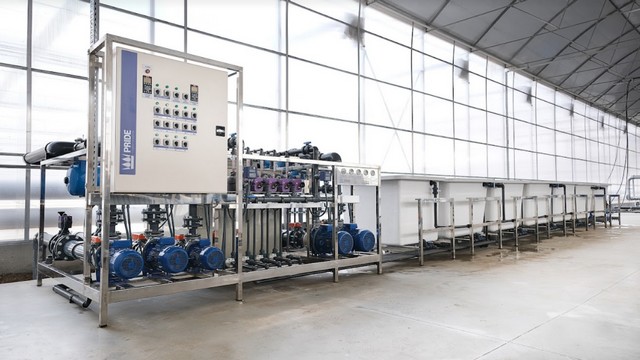 Genfog is a company mostly focusing on modern greenhouse technologies. It produces fogging systems, growing tables, air-conditioning systems, and circulation fans in its factories located in Antalya, Turkey. Genfog managed to become one of the favorite producers of growers with circulation fans that are designed especially to provide better ventilation in the greenhouse and to create a much more homogeneous air.

Mixing tank
Unlike standard irrigation systems, the solutions coming from the tanks in the Pride Irrigation Unit are mixed in the mixing tank. "This way the exact ratios with fine optimizations and the best results are always achieved," the Genfog team says. "You can track the amount of fertilizer used from the fertilizer tanks with flow meters and you can even manually regulate the dosage flow. In this way, you will get the most accurate fertilizer mixture by resetting the difference between the tanks. In addition, thanks to the fertilizer dosing line placed on the filling pumps, the fertilizer mixture is prepared faster and mixed much better. " 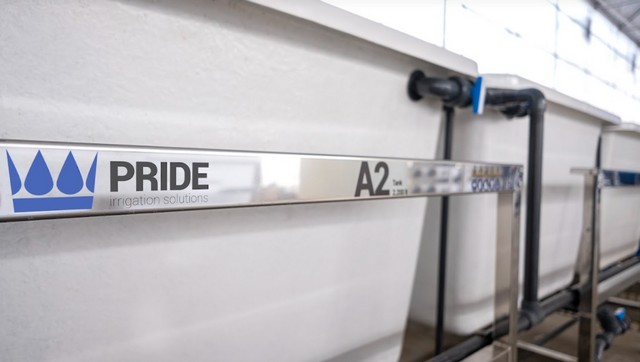 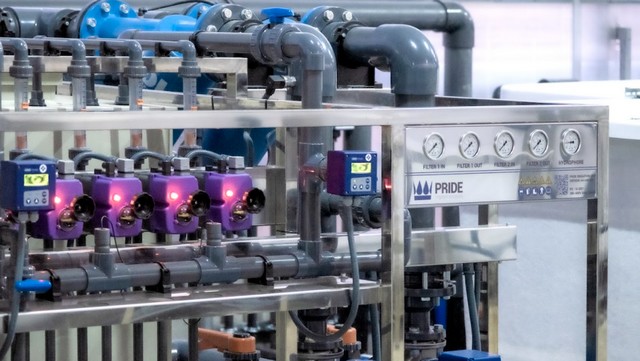 The amount of water sent to the drips is controlled by the grower, while the water and fertilizer mixture sent to the greenhouse is stabilized at a stable pressure, and feeds valve groups of different sizes in the Pride Irrigation Unit. The fertilizer is provided at the desired place in the desired amount, and it is ensured that each plant is watered equally at the same time. The amount of water transmitted from the drips is not affected by the changes that may occur in the water pressure. "In this way, plants are not exposed to water stress."

Pride Irrigation Unit reads the water salinity before entering the machine and uses the desired EC amount mixed from reverse osmosis and clean drainage. In this way, significant amounts of fertilizer are saved and the water can be collected, disinfected, and added to the circulation again and again. 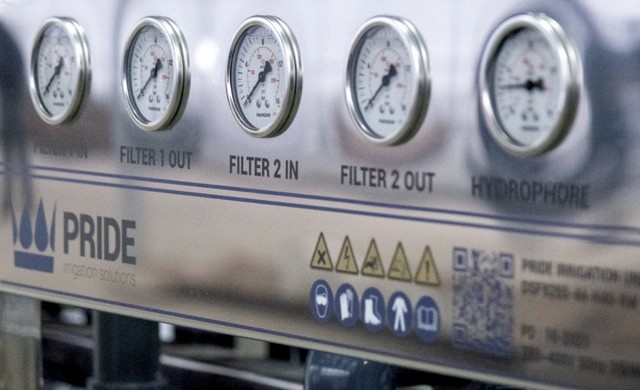 "The irrigation unit called Pride Irrigation Solutions is a unique solution in many aspects," the GenGroup team concludes. "It is designed by experienced irrigation engineers and has been equipped with the latest technologies. The irrigation unit is completely automated by the newest automation system and lets growers make adjustments according to their needs."

Pride Irrigation Solutions will be introduced next week at the Growtech exhibition in Antalya. Gengroup is present at stand 1-D131