"Supermarkets didn't get charged more during corona either, did they?"

The seventh edition of Future Trends & Innovations attracted a record number of participants. The event held at the World Horti Center in The Netherlands received about 180 applications. The central theme of the event, organized by AVAG, TNO, the Hortivation association, and GreenTech, was the question of how the greenhouse horticulture industry can innovate itself to emerge from the crisis.

After the plenary sessions, greenhouse builders, technical companies, and other interested parties received various answers to that central question over the course of half a dozen presentations.

First, Annie van de Riet took the floor on behalf of AVAG and Hortivation, followed by Cora van Nieuwenhuizen as Chairman of Energie-Nederland (Dutch energy association), who gave a keynote presentation. At the end of the plenary sessions, a series of videos on energy innovations were shown to move on to the parallel sessions. 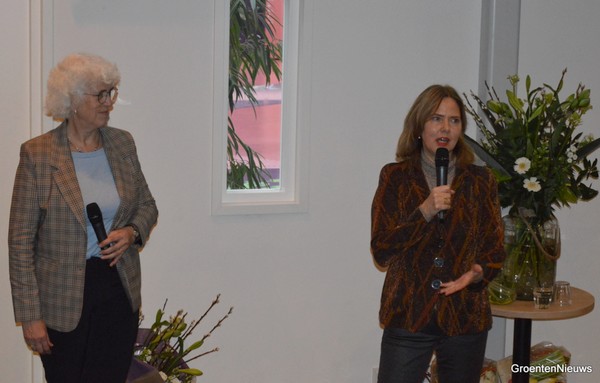 Innovation trajectory
In her presentation, Annie shared what has been done within AVAG and Hortivation this year and what they have planned for 2023. Next year revolves around a five-year program, which got voted on by the (currently 76) AVAG members. A new focal point is robotization and automatization to try and find solutions to labor issues.

Another new element for next year is that the participants of Hotivation's innovation program don't have to choose which program they would like to join. This year two programs are involved: one about data-driven cultivation and another on data-driven greenhouse construction, but next year, five programs have been chosen. Participating companies will receive a discount of 2500 euros compared to 2022 since the organizations are aware of the 'harsh times' the industry is currently dealing with. For 7500 euros, a company can participate in all five programs.

Annie's presentation also included plenty of abbreviations. Most of the participants were well aware of this, but Van Nieuwenhuizen wasn't. She joked that the abbreviation KIS for her didn't stand for 'Kas Informatie Systeem' (Greenhouse Information System) but for Keep It Short. That was also her aim for her own keynote, so she left enough space for questions.

Valley of death
In her keynote, Van Nieuwenhuizen explained the purpose of her association (the club with energy-related companies has recently grown to over 80 members) and discussed the energy situation. A large part of the latter is quite well-known by now.

Everyone was on the edge of their seats at the mention of the 'valley of death.' This referred to the gap between now and 2025, with the expectation that European gas prices will decrease slightly if, for example, more available supply is created. This won't happen overnight, hence the gap.

Yet, Van Nieuwenhuizen is critical of how people are shouting, 'we need to get rid of gas' when there still aren't enough alternatives available. It is her conviction that in the upcoming ten to fifteen years, natural gas will remain very necessary.

Alternatives exist, but while the Dutch House of Parliament (Tweede Kamer) refers to things like green hydrogen as 'the holy grail,' the reality is not that simple, according to Energie-Nederland. The Chairman sees that ambitions and plans often don't correspond to reality yet. "We might want to accelerate the transition from 4 to 8-gigawatt green hydrogen, but we're currently only at 0.02."

Business climate
So there's still a significant gap between theory and practice. That's also why the Chairman is critical of 'contradictories in policies.' From her point of view, the policy in The Netherlands and Europe seems to be aimed at squeezing money out of companies instead of enabling them to invest in a sustainable future. According to the Chairman, the profit tax already exists to charge companies for their profits, and it's redundant to find all kinds of new ways to do that. "Supermarkets didn't get charged more when making extra profit during corona either, did they?" she questioned out loud. The excessive profits of energy producers and suppliers are also not that outrageous, according to Nieuwenhuizen. "It's not a casual occurrence that seven companies went bankrupt last winter."

The way Van Nieuwenhuizen looks at the situation for energy businesses appears similar to how the position of growers and suppliers is looked upon. Likewise, they would, at some point, from dissatisfaction with the worsened Dutch business climate, try to find their luck abroad. The Chairman pointed out how the United States, for example, makes it attractive for businesses to invest. In her view, Europe is lacking in that regard. 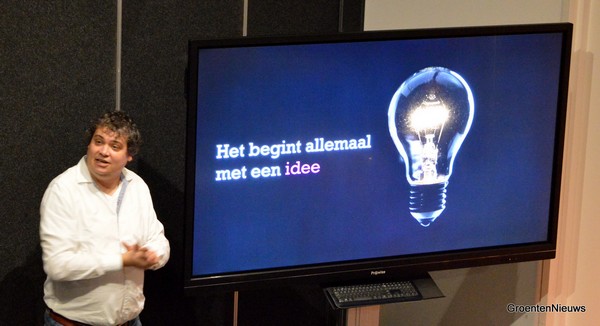 Bart van Meurs introduced Division Q. The sister company of Koppert Cress has the ambition to become not an incubator but 'In Q Better.' Needless to say Bart didn't shy away from a pun.

Round of innovation
As mentioned before, the plenary sessions were concluded with a series of videos. Successively: Priva Connext, Caeli, SupriSun of Certhon, Agculture en Glascom with Geysirglas, Maurice Kassenbouw with the Air&Energy-systeem, Ridder with the DLI Controller, TNO and Hortivation with CASTA, and finally Van der Ende Groep with Kathari.

After the break that followed the video series, participants could decide which session to join: one on hydrogen, the innovation projects from Hortivation, the new innovation company Division Q of Koppert Cress, Source on artificial intelligence for an optimal cultivation strategy, the Hortifootprint and Greenport West-Holland on becoming more sustainable during the energy crisis. 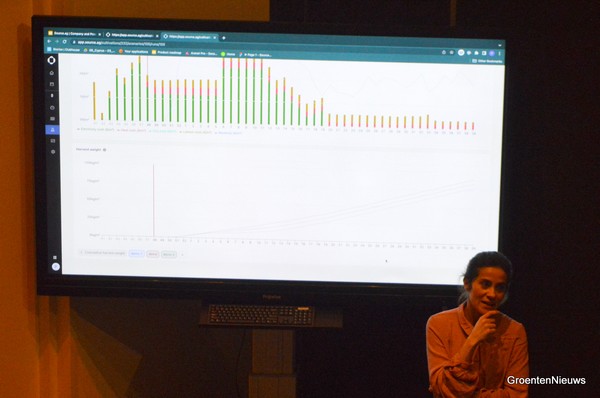 Paula Santos from Source presented a demo on what users of the program are capable of. Source currently has three products at the ready: Source Cultivation, Source Track, and Source Control.

The afternoon was concluded with drinks and a buffet. But first, we made sure to take a round of pictures. View them here. 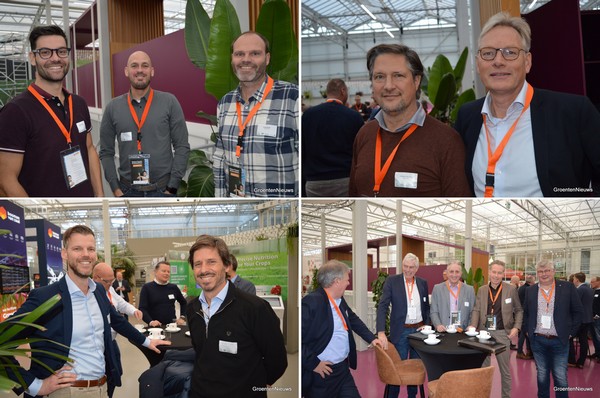